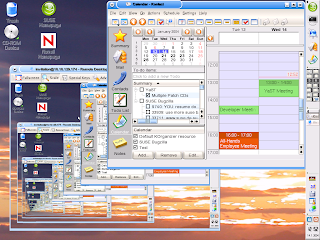 We'll have a small team at the conference, which will work on creating KDE Showcase. If you would like to join the fun, there is a session on Thursday afternoon as part of the unconference. Or just contact me directly. Ideas and other input are more than welcome. We'll collect what we are doing at the KDE Showcase wiki page.
at September 14, 2009 5 comments: