Fifteen years ago Matthias Ettrich started the KDE community. On 14th October 1996 he wrote his famous email to the de.comp.os.linux.misc group on Usenet. He called for other programmers to join him to create a free desktop environment for Linux targeted at end users. Many, many people joined. Thousands of developers wrote millions lines of code. We did 90 stable releases of our core set of applications alone, not counting all additional stuff and the thousands of 3rd party applications.

So now, fifteen years later, we are done. We have a wonderful free desktop environment for Linux which is used by millions of users every day. Well, are we done? Not quite. While we have reached the original goal of creating an appealing desktop which makes Linux accessible to everyone for everyday tasks, our scope has broadened. There are whole new classes of devices in need of free and friendly user interfaces, it's not only the desktop anymore. The cloud presents new opportunities for connecting computers more than ever, and presents new challenges for freedom of software and data.

We are on it. The last two weeks saw frentic activity in the KDE community. Last week we released version 4.7.2 of our flagship product, the classical desktop. On Sunday we released Plasma Active One, our speedboat going into the waters of tablets and the device spectrum. On Tuesday we released ownCloud 2, our helicopter going into the cloud on its mission to retain your freedom and control about your data. 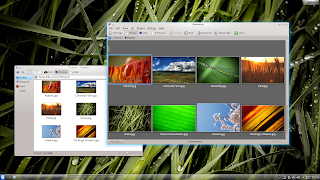 The KDE desktop is part of our live. We and millions of others use it every day. It's great for getting work done. We are on par with other desktops, but we are still pushing the limits and innovating, for all the users out there. This won't change anytime soon. 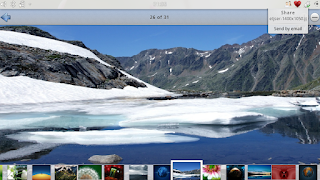 Plasma Active is one of the results of our innovation activities. It brings KDE to tablets, and it comes with a strong vision to create an elegant, desirable user experience for a spectrum of devices. It builds on the foundation of the KDE software, but it opens new doors, explores new areas. I'm really looking forward to what we can achieve there. 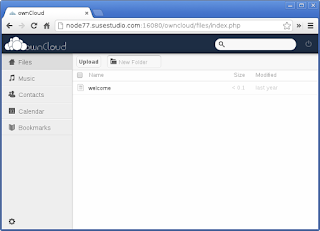 ownCloud goes beyond what we have done before. It runs in the cloud. But it's built on the values and the community of KDE. We deeply care about software freedom. Enabling users to retain control about their data and their privacy is a big part of that. ownCloud does that where other cloud solutions fall short. It brings fresh blood and energy, and opens up a space, which we weren't able to address before. Here as well I'm looking forward to what we can do.

Fifteen years of KDE is a long time. I joined the community in 1999, and I can say that KDE changed my life. I probably wouldn't have the job I have today without KDE, I wouldn't live where I live today, and I would miss a lot of great experiences and friends I wouldn't have met. In the interview I gave for the "people behind KDE" series, there was a question, what my favorite feature of KDE was. My answer was: "the community". Many other KDE people answered the same.