New board members, a user working group, and the Higgs boson


Akademy 2012 in Tallinn is over. I'm returning to home now. It was a pretty intense week, as usual. But it was a good week. Organization was perfect, and it was feeling like family and meeting friends more than ever. Yay for the KDE community.


A lot happened in Tallinn. We had an excellent conference. See details on the dot about the first day and the second day, and there will be videos up soon. We had lots of BoF sessions to discuss and work on specific topics. The creativity, dedication, maturity, results-orientation, and pragmatism of the community continues to amaze me. There were also lots of conversations over lunch or dinner, on the hallway, bus, or in between other things. I'm more convinced than ever, that KDE is here to stay for a long time. There is so much value and excellence in the community. There are a lot of good things which will come from this community.

One of the most important results for me was the election of two new members to the board of KDE e.V. during its annual general assembly. It's really great to see that we had more execellent candidates than open positions. Having a good team for the board is very important, and we are in the lucky position that we can sustain this over the years and into the future. So thank you, Celeste and Frank, for the work you did during the past three years, and welcome, Pradeepto and Agustin, to the new board. 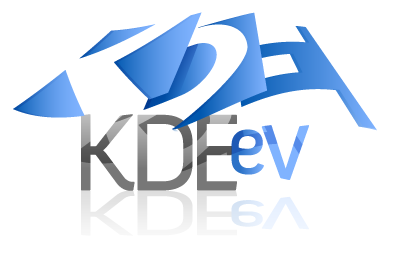 Another important results is that we created and endorsed the user working group, proposed by Ingo, Tom, and Ben at the general assembly. Our software is only meaningful, if people are using it, and the relationship between developers and users is not always easy to maintain. So the importance of having a group dedicated to keep users connected to the community, to make sure we have the tools and mechanisms to have productive and enjoyable interaction, can't be underestimated.

Finally a result which wasn't achieved at Akademy, but still excited many people there, was the announcement that the Higgs boson finally was found. It means a lot to me, as I'm a physicist by education, and have worked on ATLAS, one of the experiments which made the discovery, fifteen years ago, when I was working at the university of Heidelberg. This effort over decades, involving thousands of people, experiments on an unprecedented scale, and technology, which sounds like from a bad science-fiction movie, but for real, is truly impressive. It shows what mankind can achieve, when everything goes together.

Thanks to the team of this year's Akademy. You did an excellent job. It was a fantastic event. The city of Tallinn was a great location. Let's see where we will be next year.